Online version of Akalabeth: World of Doom for Apple II. Akalabeth: World of Doom, released in 1979 by Richard Garriott, and published by the California Pacific Computer Company for the Apple II in 1980, is recognized as one of the earliest known examples of a computer role-playing game (though it began as a hobbyist project) and as a predecessor of the Ultima series of games that started Richard Garriott's career...

Akalabeth: World of Doom is currently playable only in version for Apple II. 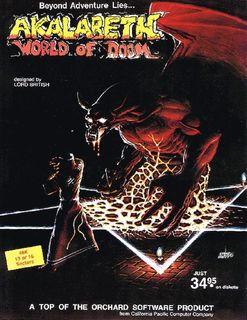 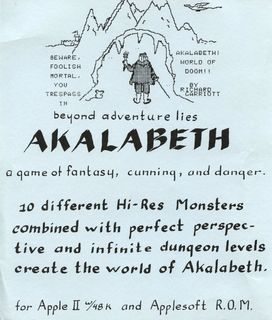 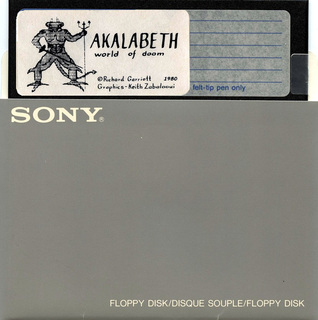 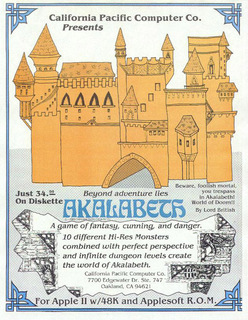 Online emulated version of Akalabeth: World of Doom was originally developed for the Apple ][ (Apple //), a family of home computers, one of the first highly successful mass-produced microcomputer products, designed primarily by Steve Wozniak, manufactured by Apple Computer (now Apple Inc.), and launched in 1977 with the original Apple II.
The Apple II became one of several recognizable and successful computers during the 1980s and early 1990s, although this was mainly limited to the US. Through 1988, a number of models were introduced, with the most popular, the Apple IIe, remaining relatively unchanged into the 1990s.