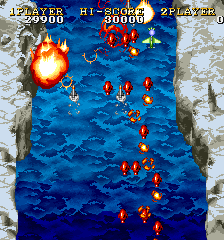 Online version of 1941: Counter Attack for Arcade. 1941: Counter Attack is a vertical scrolling shooter arcade game by Capcom, released in February 1990. It was the second sequel to 1942, and the third game in the 19XX series. It was ported to the SuperGrafx in 1991. Player 1 uses a P-38 Lightning and Player 2 uses a new plane: DH.98 Mosquito. The game shifts from the original Pacific Front setting with that of the Western Front, in the north Atlantic Ocean. The goal is to shoot down enemy airplanes and collect weapon power-ups. The game uses a vitality system instead of life system in which if the player is hit, it loses one point of vitality and the player is destroyed if hit with 0 vitality then the player is given the option to continue... 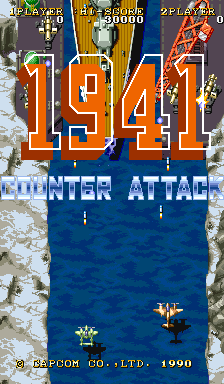 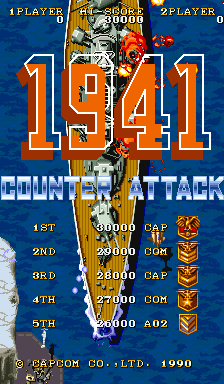 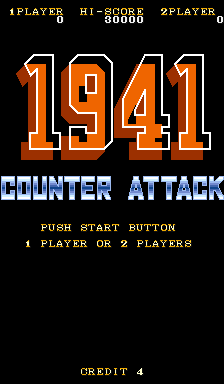 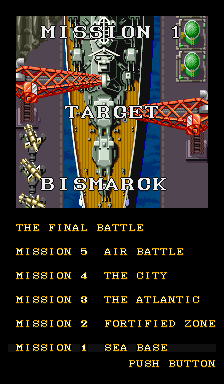 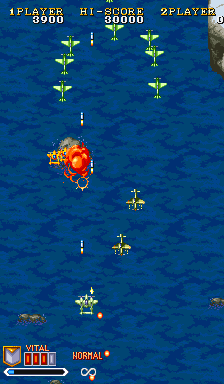 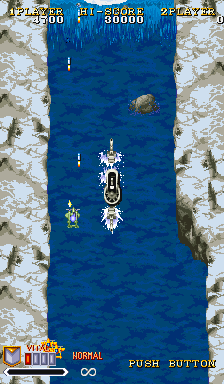 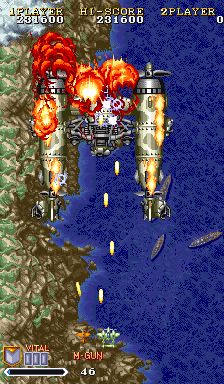 1941: Counter Attack is currently playable only in version for Arcade. 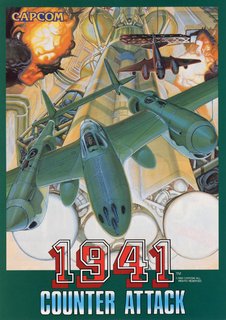 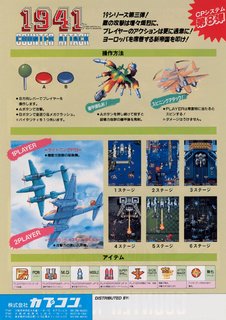 Online emulated version of 1941: Counter Attack was originally developed as arcade game or coin-op game, a coin-operated entertainment machine typically installed in public businesses such as restaurants, bars and amusement arcades. Most arcade games are video games, pinball machines, electro-mechanical games, redemption games or merchandisers. While exact dates are debated, the golden age of arcade video games is usually defined as a period beginning sometime in the late 1970s and ending sometime in the mid-1980s.
Virtually all modern arcade games (other than the very traditional Midway-type games at county fairs) make extensive use of solid state electronics, integrated circuits and cathode-ray tube screens. In the past, coin-operated arcade video games generally used custom per-game hardware often with multiple CPUs, highly specialized sound and graphics chips, and the latest in expensive computer graphics display technology. This allowed arcade system boards to produce more complex graphics and sound than what was then possible on video game consoles or personal computers, which is no longer the case in the 2010s.