Barbarian II: The Dungeon of Drax for Commodore 64

Barbarian II: The Dungeon of Drax 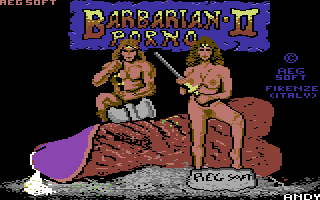 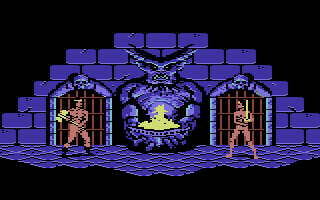 You can play Barbarian II: The Dungeon of Drax online also in a versions for
PC DOS

Online emulated version of Barbarian II: The Dungeon of Drax was originally developed for the Commodore 64 (also known as the C64 or the CBM 64), an 8-bit home computer introduced in January 1982 by Commodore International. Preceded by the Commodore VIC-20 and Commodore PET, the C64 took its name from its 64 kilobytes (65,536 bytes) of RAM. With support for multicolor sprites and a custom chip for waveform generation, the C64 could create superior visuals and audio compared to systems without such custom hardware. The C64 dominated the low-end computer market (except in the UK) for most of the 1980s.