Online version of Macadam Bumper for Amstrad CPC. Pinball Wizard (also known as `Macadam Bumper`) is a computer game, an arcade and pinball construction set. The game includes full-featured graphics, sound and lights, and even `tilt` capability. The game features four simulations with varying obstacles. On the Atari ST, the flipper and back-board controls are manipulated by the mouse, but moving the mouse too much will activate the tilt sensors... 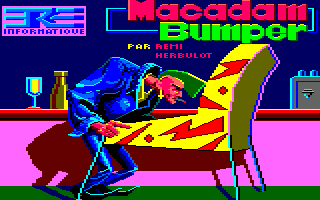 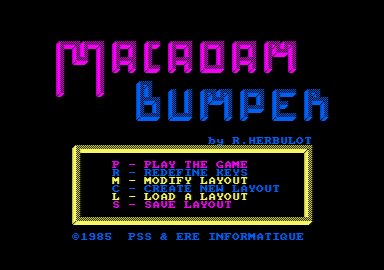 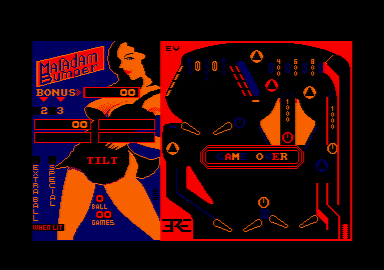 Online emulated version of Macadam Bumper was originally developed for the Amstrad CPC (Colour Personal Computer), a series of 8-bit home computers produced by Amstrad between 1984 and 1990. It was designed to compete in the mid-1980s home computer market dominated by the Commodore 64 and the Sinclair ZX Spectrum in Europe. The series spawned a total of six distinct models: The CPC464, CPC664, and CPC6128 were highly successful competitors in the European home computer market. The later 464plus and 6128plus, intended to prolong the system's lifecycle with hardware updates, were considerably less successful, as was the attempt to repackage the plus hardware into a game console as the GX4000.