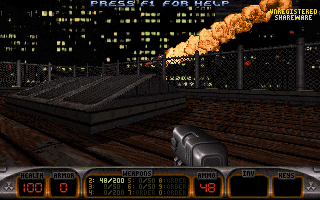 Online version of Duke Nukem 3D for PC DOS. Duke Nukem 3D is a first-person shooter computer game developed by 3D Realms. Taking on the role of Duke Nukem, an imperious action hero from Earth, players must fight through 28 levels spread over three chapters. A commercial upgrade, called The Plutonium Pak, later added a fourth episode of 11 additional levels, some new enemies, and one new modified weapon. As usual for a first-person shooter, players encounter a whole host of different enemies, and can engage them with a range of weaponry... 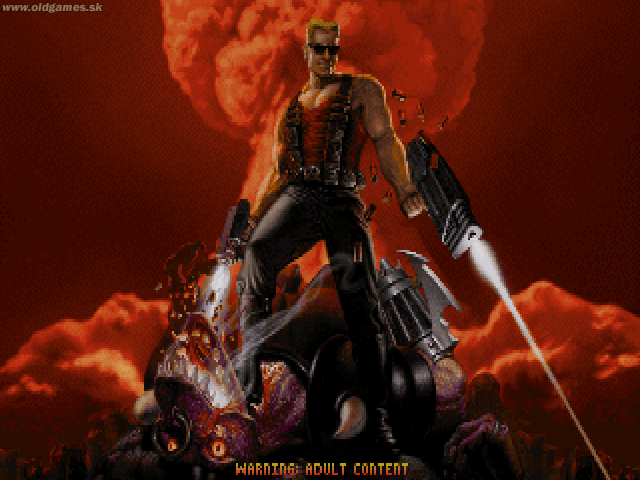 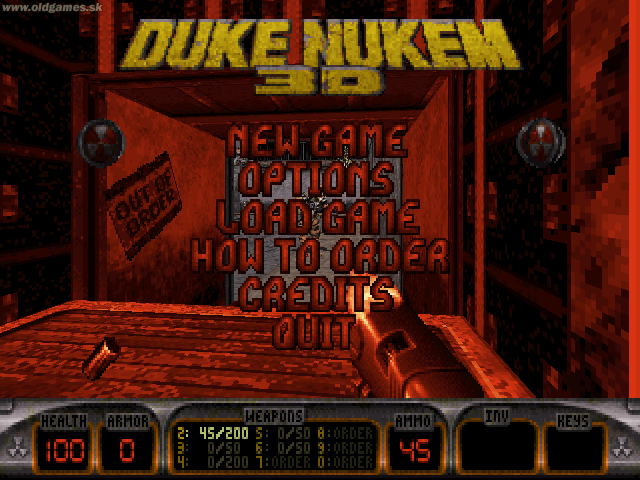 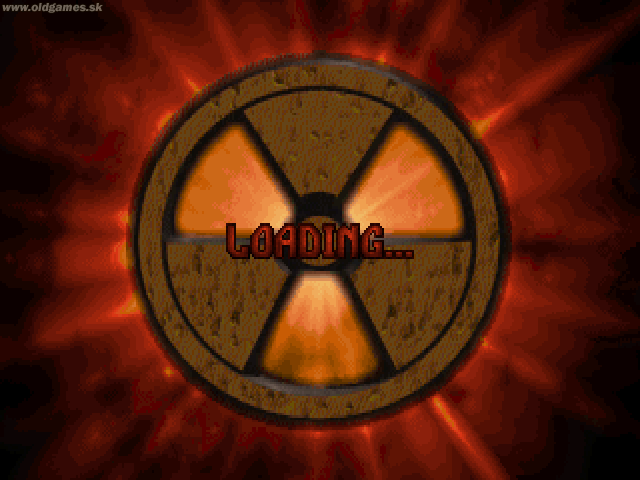 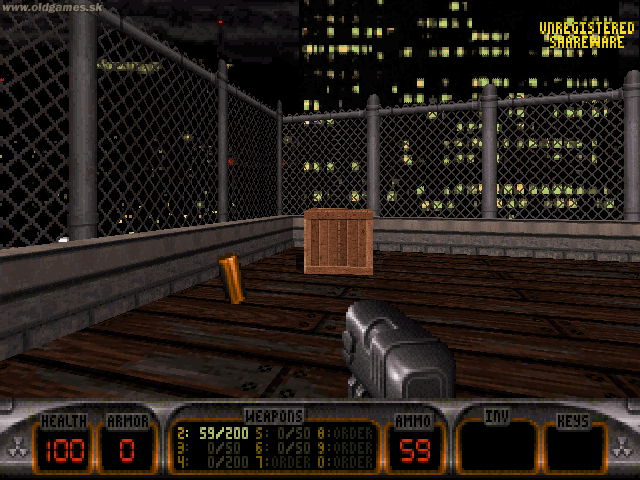 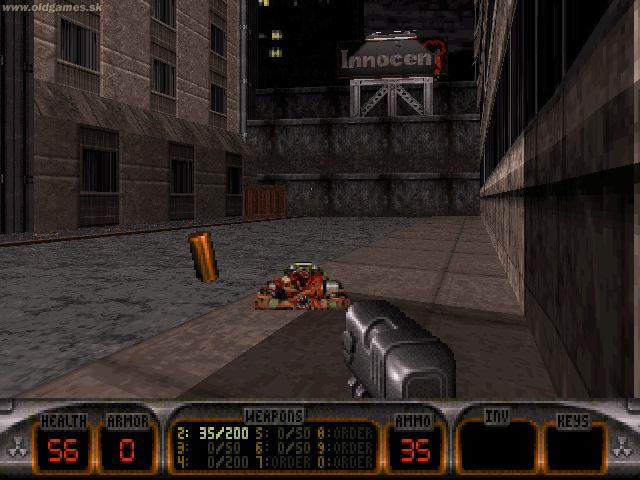 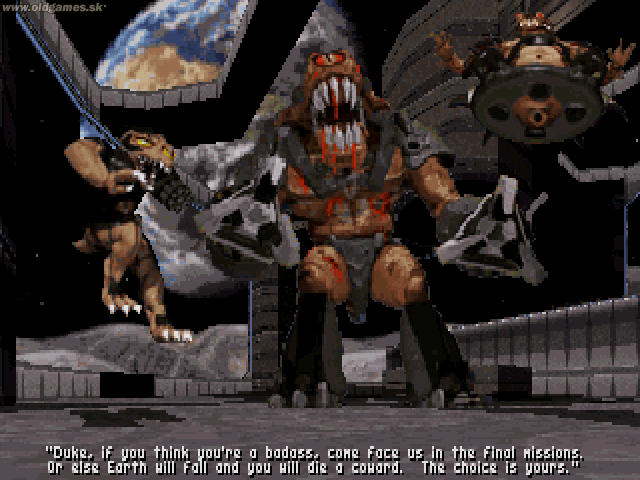 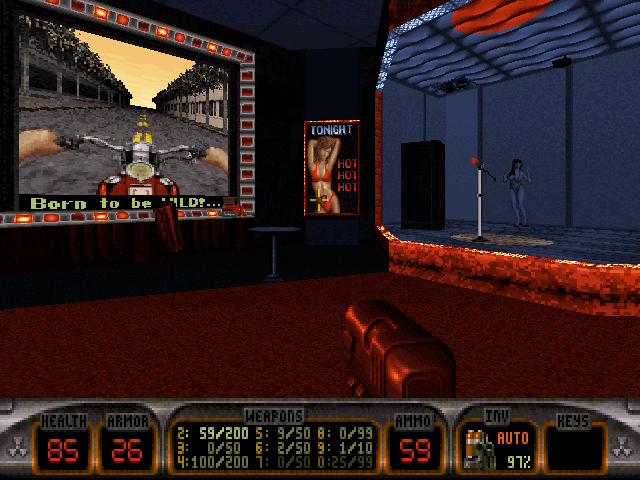 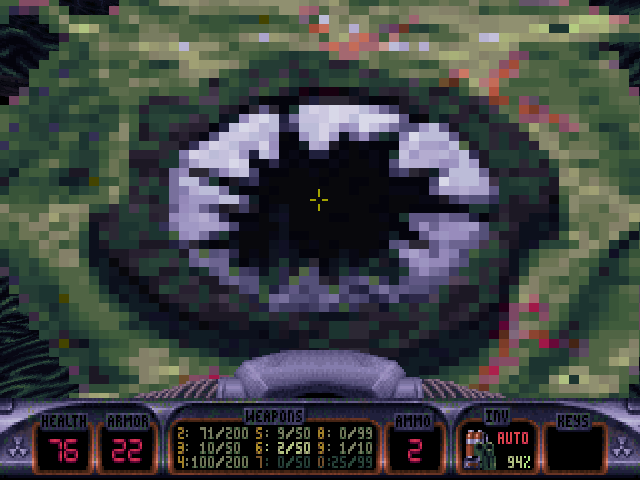 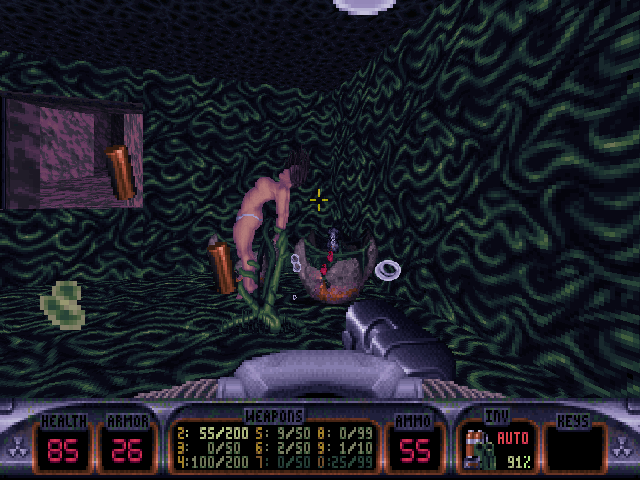 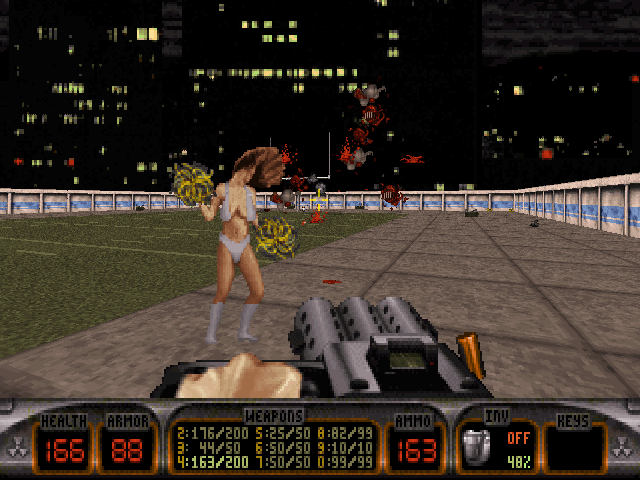 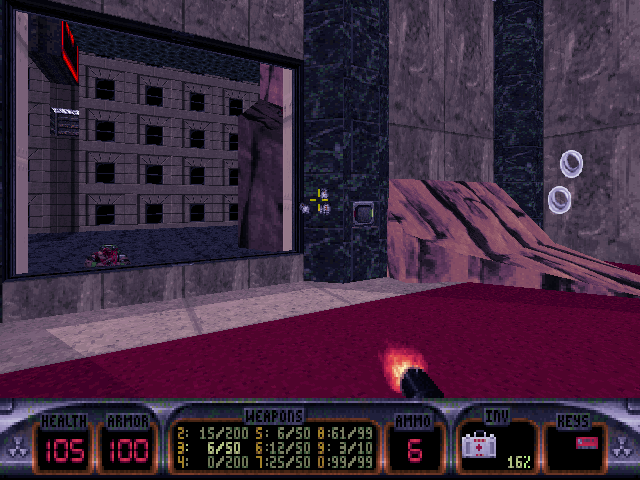 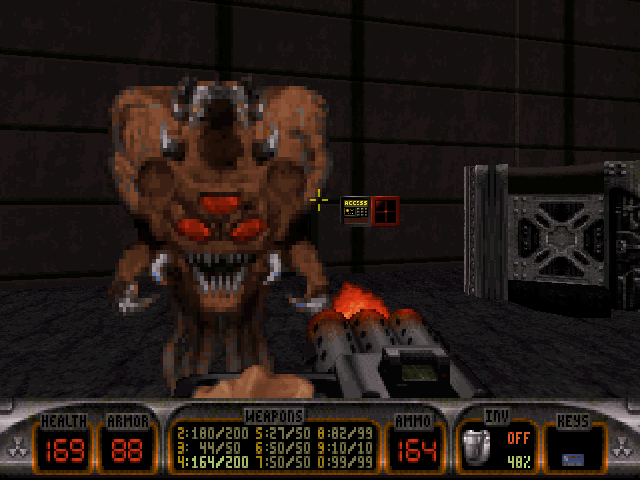 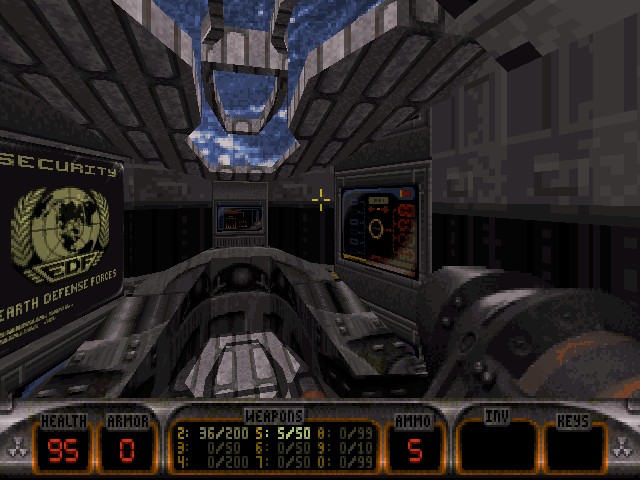 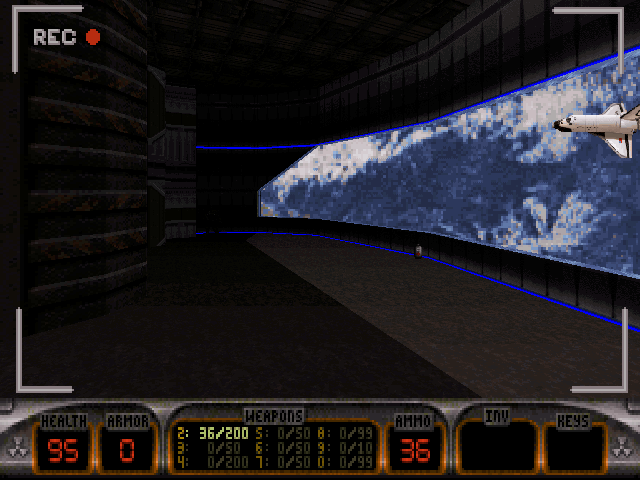 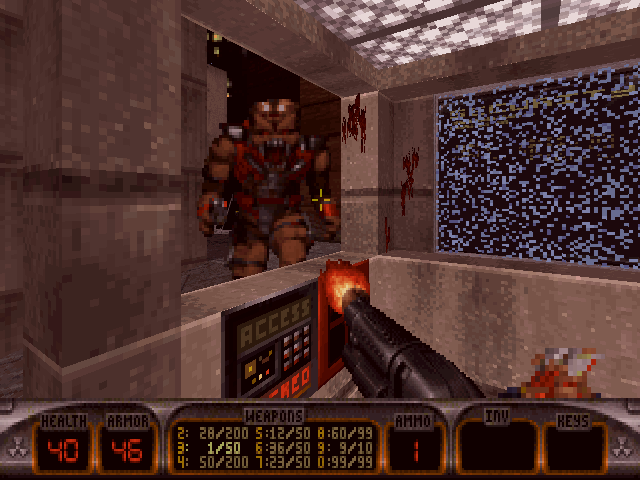 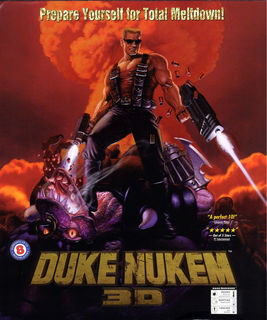 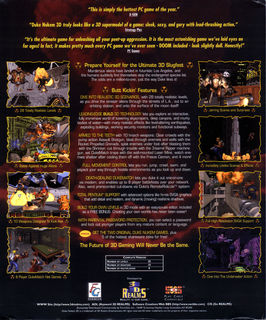 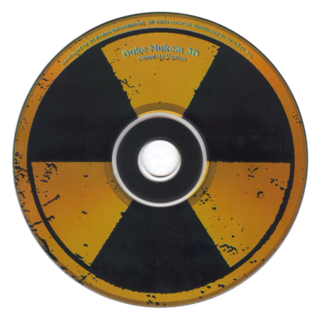 Online emulated version of Duke Nukem 3D was originally developed for the IBM PC and compatible computers, with MS DOS - Microsoft Disk Operating System. It is an OS for x86-based personal computers mostly developed by Microsoft and released in 1981 as PC DOS 1.0.
MS-DOS was targeted at Intel 8086 processors running on computer hardware using floppy disks to store and access not only the operating system, but application software and user data as well. Progressive version releases delivered support for other mass storage media in ever greater sizes and formats, along with added feature support for newer processors and rapidly evolving computer architectures. Ultimately, it was the key product in Microsoft's development from a programming language company to a diverse software development firm, providing the company with essential revenue and marketing resources. It was also the underlying basic operating system on which early versions of Windows ran as a GUI.