Online version of Battle Arena Toshinden for Game Boy. Battle Arena Toshinden is a weapons-based fighting game. It was one of the first fighting games to boast polygonal characters in a 3D environment. It was an early killer game for the PlayStation, and Sony promoted it eagerly. Each character has its own unique set of moves and a desperation attack that can only be used when the player has low energy (around 10% or less). The player is able to move in 3D using the L/R shoulder buttons, which makes them dodge projectile attacks, or get away from a dangerous spot... 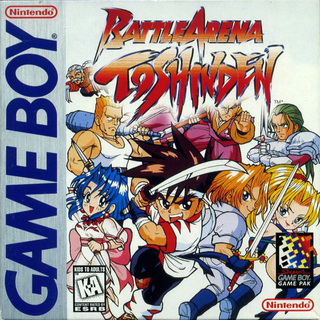 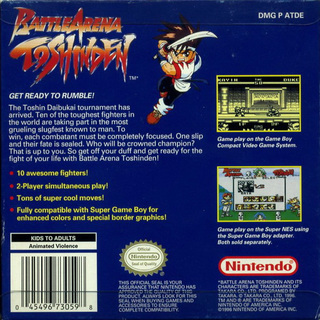 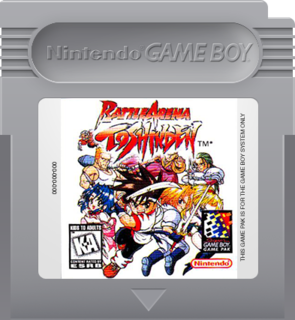 Online emulated version of Battle Arena Toshinden was originally developed for Game Boy, an 8-bit handheld game console developed and manufactured by Nintendo. The first handheld in the Game Boy family, it was first released in Japan on April 21, 1989, then North America, three months later, and lastly in Europe, more than one year later. It was designed by the same team that developed the Game & Watch series of handheld electronic games and several Nintendo Entertainment System games: Satoru Okada, Gunpei Yokoi, and Nintendo Research & Development No.1.