Castlevania: The Adventure for Game Boy

Online version of Castlevania: The Adventure for Game Boy. Castlevania: The Adventure is a platform game released by Konami for the Game Boy in 1989 and it is the first Castlevania title for the system. Set a century before the events of the original Castlevania, the player controls an ancestor of Simon Belmont named Christopher Belmont who goes on a quest to defeat Dracula. The game consists of four stages, and unlike other Castlevania games, there are no sub-weapons, but hearts are used to restore health. The player has three lives, after which the player must restart the level. Weapons can be upgraded, such as the whip into the chain whip and flame whip, but any enemy damage will downgrade an upgraded weapon. At the end of each level, there is a "primary evil" to confront...

Castlevania: The Adventure is currently playable only in version for Game Boy. 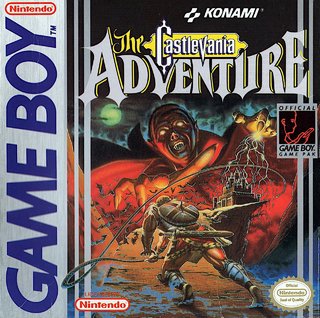 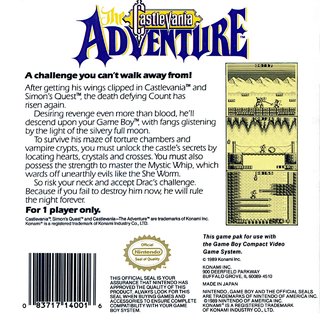 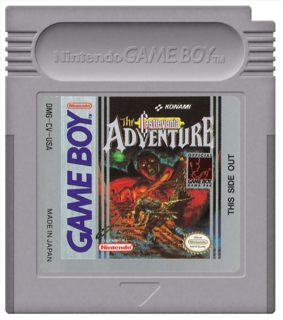 Online emulated version of Castlevania: The Adventure was originally developed for Game Boy, an 8-bit handheld game console developed and manufactured by Nintendo. The first handheld in the Game Boy family, it was first released in Japan on April 21, 1989, then North America, three months later, and lastly in Europe, more than one year later. It was designed by the same team that developed the Game & Watch series of handheld electronic games and several Nintendo Entertainment System games: Satoru Okada, Gunpei Yokoi, and Nintendo Research & Development No.1.