Online version of Road Rash for Game Boy. Road Rash is a motorcycle-racing video game, in which the player participates in violent illegal street races. The game was originally released for the Sega Mega Drive/Genesis, but was ported to several other systems. Presented in a third-person view similar to Hang-On, the player competes in illegal road races and must finish in the top 3 places in every race in order to proceed to the next level. As levels progress, the opponents ride faster, fight harder and the tracks are longer and more dangerous... 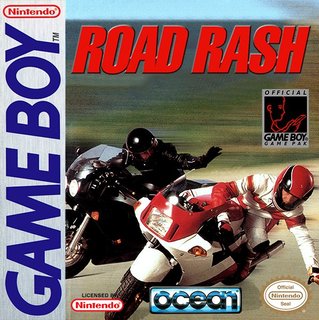 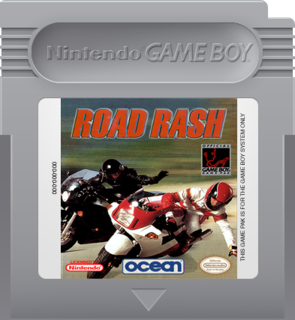 Online emulated version of Road Rash was originally developed for Game Boy, an 8-bit handheld game console developed and manufactured by Nintendo. The first handheld in the Game Boy family, it was first released in Japan on April 21, 1989, then North America, three months later, and lastly in Europe, more than one year later. It was designed by the same team that developed the Game & Watch series of handheld electronic games and several Nintendo Entertainment System games: Satoru Okada, Gunpei Yokoi, and Nintendo Research & Development No.1.