Online version of RoboCop (Ocean) for Game Boy. Ocean's version of RoboCop for 8-bit machines loosely adapts the Data East arcade game, with stages inspired by those from the coin-op, but also entirely new gameplay elements. New challenges from the arcade include hostage scenarios: in these, seen from a first-person perspective, a criminal holds an innocent person. Moving crosshairs and firing precisely, RoboCop must take care to shoot only the criminal, not the civilian. Another new game element requires some quick thinking: in a puzzle mode, a composite sketch of a suspect is presented and must be matched by choosing the correct parts (hair, chin, eyes, etc.) of the face within a tight time limit... 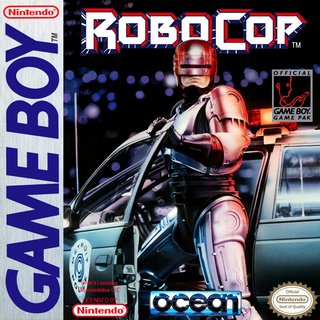 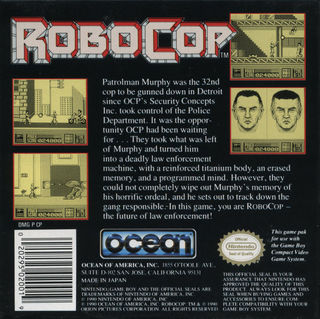 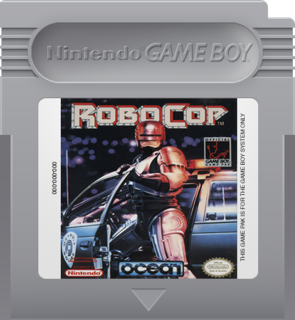 Online emulated version of RoboCop (Ocean) was originally developed for Game Boy, an 8-bit handheld game console developed and manufactured by Nintendo. The first handheld in the Game Boy family, it was first released in Japan on April 21, 1989, then North America, three months later, and lastly in Europe, more than one year later. It was designed by the same team that developed the Game & Watch series of handheld electronic games and several Nintendo Entertainment System games: Satoru Okada, Gunpei Yokoi, and Nintendo Research & Development No.1.