Online version of Tetris for Game Boy. Tetris is a tile-matching puzzle video game originally designed and programmed by Alexey Pajitnov in the Soviet Union on an Elektronika 60. This is the version licensed by Russian company Elektronorgtechnica (Elorg) in 1988 to Atari - arcade coin-op machines, and Nintendo - home consoles and handhelds. The game features a standard endless mode, as well as a two-player competitive mode where players race to complete each level. There is also a "cooperative" mode where both players play within the same well, working together to complete lines. Both the competitive mode and the cooperative mode can also be played with the computer...

You can play Tetris online also in a versions for
ArcadeNES 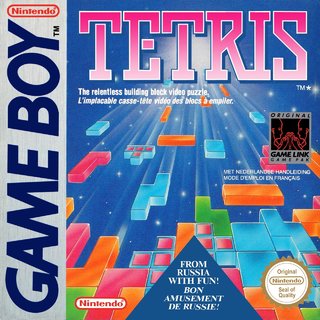 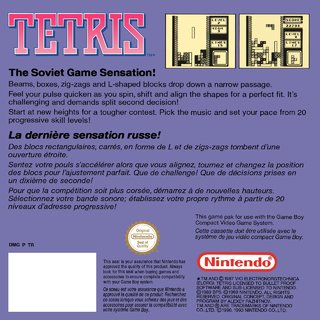 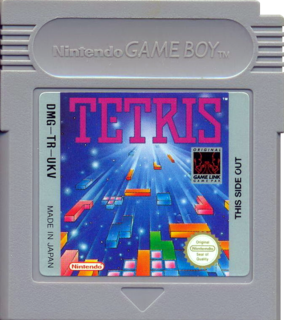 Online emulated version of Tetris was originally developed for Game Boy, an 8-bit handheld game console developed and manufactured by Nintendo. The first handheld in the Game Boy family, it was first released in Japan on April 21, 1989, then North America, three months later, and lastly in Europe, more than one year later. It was designed by the same team that developed the Game & Watch series of handheld electronic games and several Nintendo Entertainment System games: Satoru Okada, Gunpei Yokoi, and Nintendo Research & Development No.1.