Online version of Xenon 2: Megablast for Game Boy. Xenon 2 Megablast is a vertically scrolling shoot 'em up. Unusually for the genre, the player's spaceship can reverse the scrolling of the play area for a limited distance, which is useful for escaping from dead ends. This game consists of five levels which are each divided into two sections. It is the sequel to Xenon, it was designed by the Bitmap Brothers (although coded by The Assembly Line). It became one of their most well-known titles, and is a classic of its genre...

You can play Xenon 2: Megablast online also in a versions for
PC DOSSEGA Master SystemSEGA Genesis 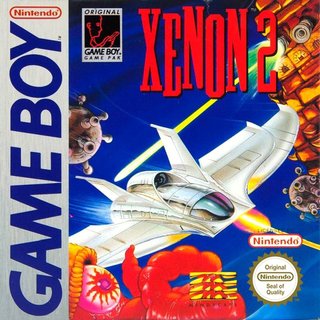 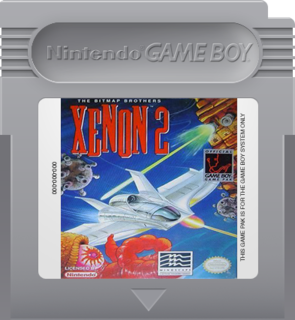 Online emulated version of Xenon 2: Megablast was originally developed for Game Boy, an 8-bit handheld game console developed and manufactured by Nintendo. The first handheld in the Game Boy family, it was first released in Japan on April 21, 1989, then North America, three months later, and lastly in Europe, more than one year later. It was designed by the same team that developed the Game & Watch series of handheld electronic games and several Nintendo Entertainment System games: Satoru Okada, Gunpei Yokoi, and Nintendo Research & Development No.1.