Online version of Streets of Rage for SEGA Master System. Streets of Rage (known in Japan as Bare Knuckle) is a side-scrolling beat 'em up released by Sega in 1991 for the Sega Mega Drive/Genesis. In Streets of Rage, the special attack is assistance from a police car which will pull up at the level's beginning and fire explosives, taking health from all enemies. The player is given one Special Attack per life or per level, with power-ups shaped like police cars giving another. Similar to the game Golden Axe, enemies walk onto the screen from both sides as well as occasionally appearing from other locations... 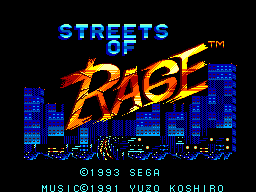 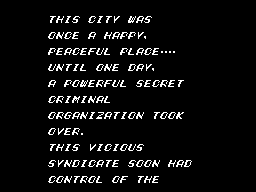 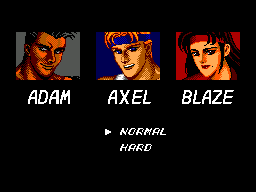 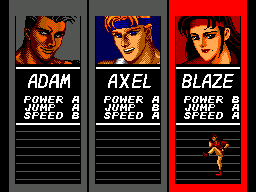 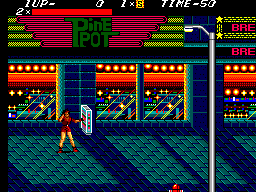 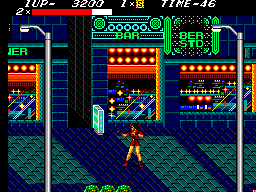 Online emulated version of Streets of Rage was originally developed for the Sega Master System a third-generation 8-bit home video game console manufactured by Sega. It was originally a remodeled export version of the Sega Mark III, the third iteration of the SG-1000 series of consoles, which was released in Japan in 1985 and featured enhanced graphical capabilities over its predecessors. The Master System launched in North America in 1986, followed by Europe in 1987.
The original Master System models use both cartridges and a credit card-sized format known as Sega Cards. Accessories for the consoles include a light gun and 3D glasses that work with a range of specially designed games. The later Master System II redesign removed the card slot, turning it into a strictly cartridge-only system and is incompatible with the 3D glasses.