The Terminator for SEGA Master System

Online version of The Terminator for SEGA Master System. The Terminator by Probe Software is an action shooter game, released in 1992 on all the Sega video game consoles available at the time, based on the original 1984 film of the same name, programmed by David Perry and scored by Matt Furniss. The main character, Kyle Reese, traverses through levels that closely parallel the movie's environment. In all levels, the main character has a jump and has various weapons throughout the game. The first level takes place in the future, and the main character has hand grenades, timed bombs, and a machine gun as weapon choices. The later levels take place in modern settings, and the primary weapon is a shotgun. The final level takes place inside the Cyberdyne factory, where the player battles the Terminator alone. The objective of this level is to lead the Terminator into a compactor which destroys him... 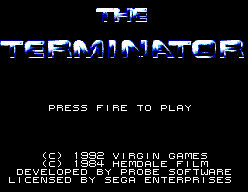 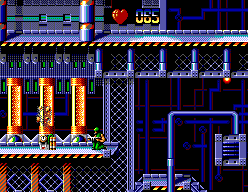 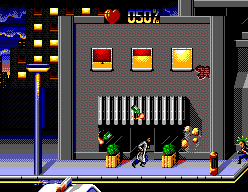 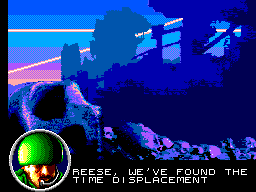 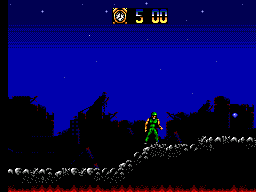 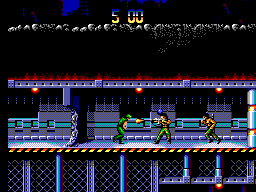 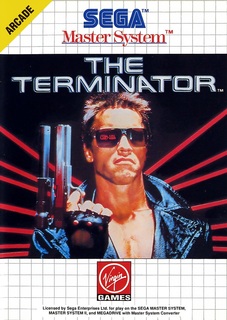 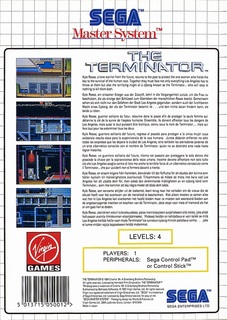 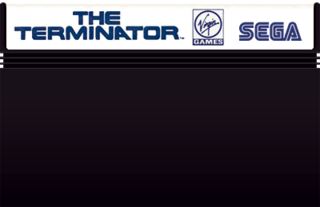 Online emulated version of The Terminator was originally developed for the Sega Master System a third-generation 8-bit home video game console manufactured by Sega. It was originally a remodeled export version of the Sega Mark III, the third iteration of the SG-1000 series of consoles, which was released in Japan in 1985 and featured enhanced graphical capabilities over its predecessors. The Master System launched in North America in 1986, followed by Europe in 1987.
The original Master System models use both cartridges and a credit card-sized format known as Sega Cards. Accessories for the consoles include a light gun and 3D glasses that work with a range of specially designed games. The later Master System II redesign removed the card slot, turning it into a strictly cartridge-only system and is incompatible with the 3D glasses.