Online version of Populous for Game Boy. Populous is a computer game developed by Bullfrog in 1989 and is regarded by many as being the seminal god game. In this game, the player adopts the role of a deity and assumes the responsibility to shepherd people by direction, manipulation, and divine intervention. The player has the ability to shape the landscape and grow their civilization with the overall aim of having it conquer an enemy force, which is led by an opposing deity... 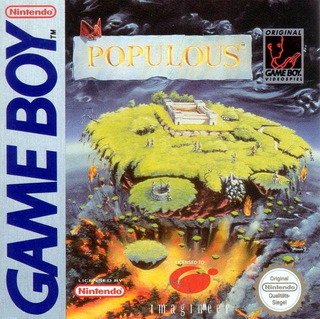 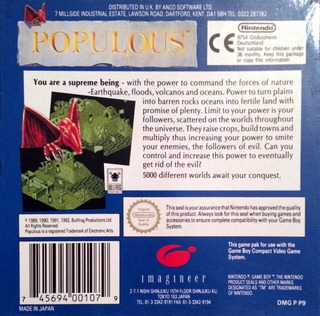 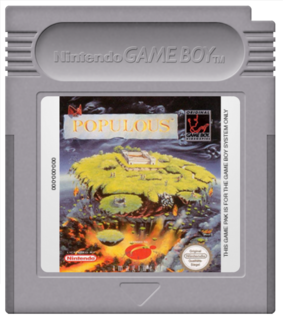 Online emulated version of Populous was originally developed for Game Boy, an 8-bit handheld game console developed and manufactured by Nintendo. The first handheld in the Game Boy family, it was first released in Japan on April 21, 1989, then North America, three months later, and lastly in Europe, more than one year later. It was designed by the same team that developed the Game & Watch series of handheld electronic games and several Nintendo Entertainment System games: Satoru Okada, Gunpei Yokoi, and Nintendo Research & Development No.1.