Online version of Populous for SEGA Master System. Populous is a computer game developed by Bullfrog in 1989 and is regarded by many as being the seminal god game. In this game, the player adopts the role of a deity and assumes the responsibility to shepherd people by direction, manipulation, and divine intervention. The player has the ability to shape the landscape and grow their civilization with the overall aim of having it conquer an enemy force, which is led by an opposing deity... 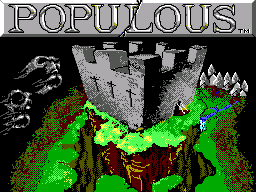 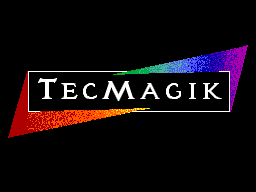 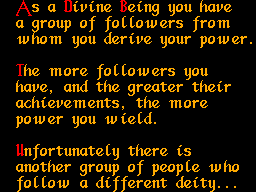 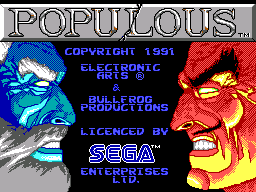 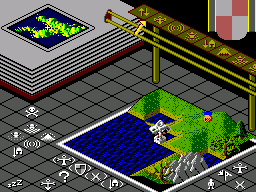 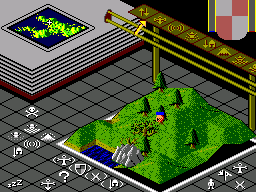 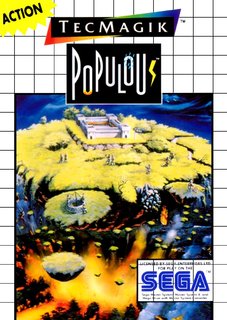 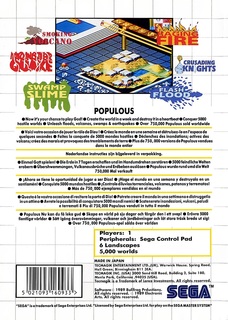 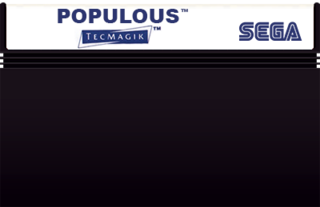 Online emulated version of Populous was originally developed for the Sega Master System a third-generation 8-bit home video game console manufactured by Sega. It was originally a remodeled export version of the Sega Mark III, the third iteration of the SG-1000 series of consoles, which was released in Japan in 1985 and featured enhanced graphical capabilities over its predecessors. The Master System launched in North America in 1986, followed by Europe in 1987.
The original Master System models use both cartridges and a credit card-sized format known as Sega Cards. Accessories for the consoles include a light gun and 3D glasses that work with a range of specially designed games. The later Master System II redesign removed the card slot, turning it into a strictly cartridge-only system and is incompatible with the 3D glasses.