Online version of RoboCop 2 for Game Boy. RoboCop 2 is a platform shooter based on the 1990 film of the same name. The game was released for several home computers / consoles developed and published by Ocean Software, and Data East manufactured an arcade version. Detroit cyborg cop known as RoboCop must stop a drug distributor, Cain, from spreading a new drug known as Nuke. The game follows the basic premise of the movie, but has some major sequential differences. It is mostly side-scrolling shoot-em-up, with some levels viewed from behind RoboCop and providing a targeting reticle with which to kill generic criminals... 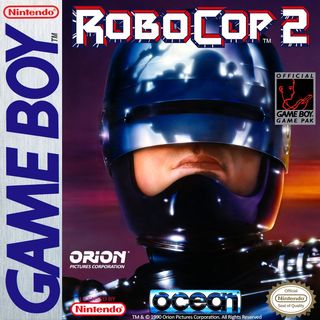 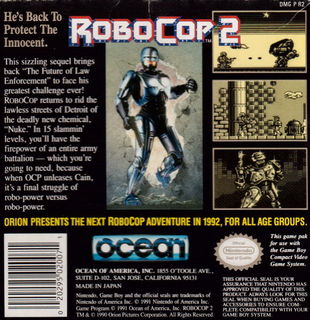 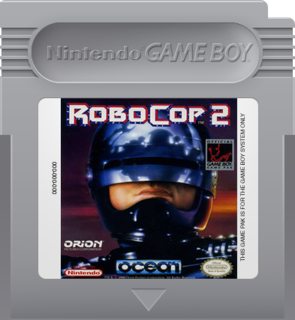 Online emulated version of RoboCop 2 was originally developed for Game Boy, an 8-bit handheld game console developed and manufactured by Nintendo. The first handheld in the Game Boy family, it was first released in Japan on April 21, 1989, then North America, three months later, and lastly in Europe, more than one year later. It was designed by the same team that developed the Game & Watch series of handheld electronic games and several Nintendo Entertainment System games: Satoru Okada, Gunpei Yokoi, and Nintendo Research & Development No.1.