Online version of Batman Returns for SEGA Game Gear. Batman Returns is a 1992 beat 'em up video game for various platforms based on the film of the same name. The Sega console versions were published by Sega while the NES and Super NES versions were developed and published by Konami. The Sega versions of the game are similar in design to its previous movie-based Batman game. While different versions follow the movie's plot from start to finish, the Sega versions start after The Penguin kills the Ice Princess and frames Batman for killing her, as shown in the game's introductions. The SNES version of the game was released in 1993, and the gameplay and graphics are very similar to the Final Fight games... 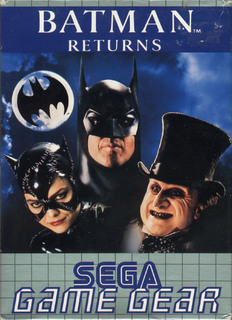 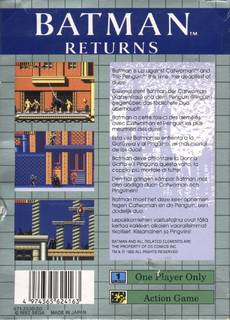 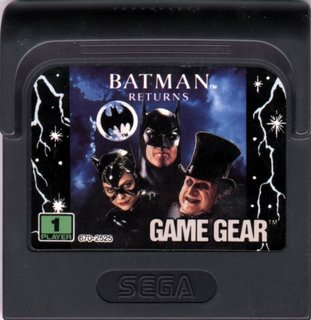 Online emulated version of Batman Returns was originally developed for the SEGA Game Gear an 8-bit fourth generation handheld game console released by Sega on October 6, 1990 in Japan, in April 1991 throughout North America and Europe, and during 1992 in Australia. The Game Gear primarily competed with Nintendo's Game Boy, the Atari Lynx, and NEC's TurboExpress. It shares much of its hardware with the Master System, and can play Master System games by the use of an adapter. Sega positioned the Game Gear, which had a full-color backlit screen with a landscape format, as a technologically superior handheld to the Game Boy. Reception of the Game Gear was mixed, with praise for its full-color backlit screen and processing power for its time, criticisms over its large size and short battery life, and questions over the quality of its game library.