Online version of The Jungle Book for SEGA Game Gear. Disney's The Jungle Book is a platform game based on the 1967 Disney animated film of the same name, released by Virgin Interactive Entertainment in 1994 for the home consoles and computers. While gameplay is the same on all versions, technological differences between the systems forced changes - in some case drastic - in level design, resulting in six fairly different versions of the 'same' game. The player controls a young Mowgli through various side-scrolling levels in a similar mold of Pitfall!. The Mowgli character must shoot or avoid enemies and negotiate platformed levels and enemies by running, jumping, climbing vines and using the various weapons and powerups available during the game... 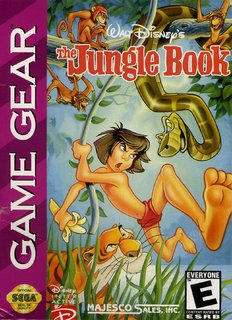 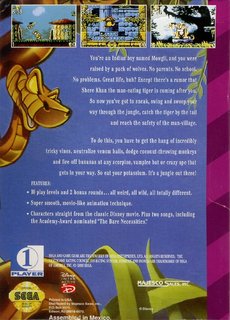 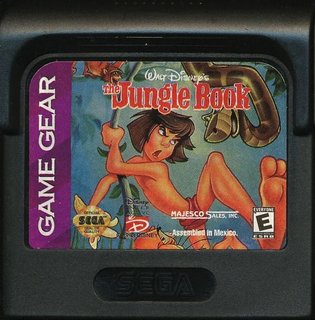 Online emulated version of The Jungle Book was originally developed for the SEGA Game Gear an 8-bit fourth generation handheld game console released by Sega on October 6, 1990 in Japan, in April 1991 throughout North America and Europe, and during 1992 in Australia. The Game Gear primarily competed with Nintendo's Game Boy, the Atari Lynx, and NEC's TurboExpress. It shares much of its hardware with the Master System, and can play Master System games by the use of an adapter. Sega positioned the Game Gear, which had a full-color backlit screen with a landscape format, as a technologically superior handheld to the Game Boy. Reception of the Game Gear was mixed, with praise for its full-color backlit screen and processing power for its time, criticisms over its large size and short battery life, and questions over the quality of its game library.