Online version of The Jungle Book for SEGA Master System. Disney's The Jungle Book is a platform game based on the 1967 Disney animated film of the same name, released by Virgin Interactive Entertainment in 1994 for the home consoles and computers. While gameplay is the same on all versions, technological differences between the systems forced changes - in some case drastic - in level design, resulting in six fairly different versions of the 'same' game. The player controls a young Mowgli through various side-scrolling levels in a similar mold of Pitfall!. The Mowgli character must shoot or avoid enemies and negotiate platformed levels and enemies by running, jumping, climbing vines and using the various weapons and powerups available during the game... 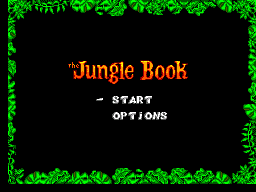 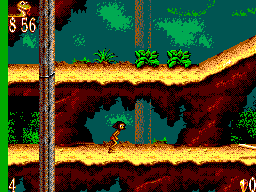 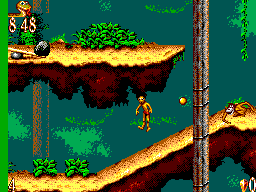 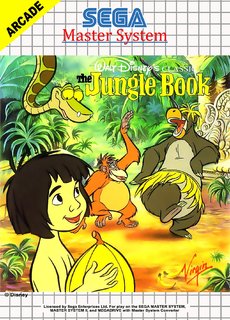 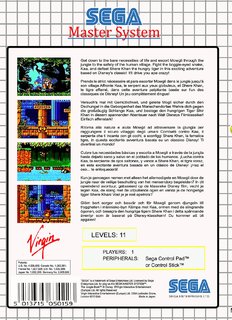 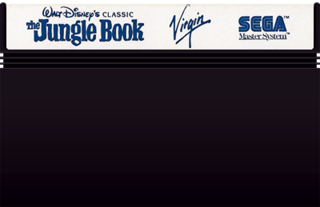 Online emulated version of The Jungle Book was originally developed for the Sega Master System a third-generation 8-bit home video game console manufactured by Sega. It was originally a remodeled export version of the Sega Mark III, the third iteration of the SG-1000 series of consoles, which was released in Japan in 1985 and featured enhanced graphical capabilities over its predecessors. The Master System launched in North America in 1986, followed by Europe in 1987.
The original Master System models use both cartridges and a credit card-sized format known as Sega Cards. Accessories for the consoles include a light gun and 3D glasses that work with a range of specially designed games. The later Master System II redesign removed the card slot, turning it into a strictly cartridge-only system and is incompatible with the 3D glasses.