Online version of Sonic the Hedgehog for SEGA Master System. Sonic the Hedgehog is a 2D side-scrolling action platformer developed by Sonic Team and published by Sega for Genesis/Mega Drive home consoles in 1991. The game features an anthropomorphic hedgehog named Sonic in a quest to defeat Dr. Robotnik, a scientist who has imprisoned animals in robots and stolen the powerful Chaos Emeralds. The gameplay centers around Sonic's ability to run at high speed through levels that include springs, slopes, bottomless pits, and vertical loops, involves collecting rings as a form of health, and a simple control scheme, with jumping and attacking controlled by a single button... 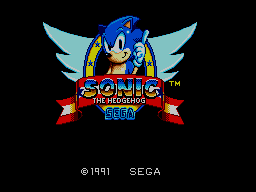 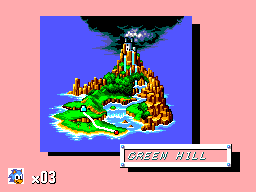 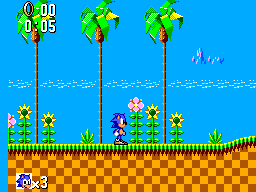 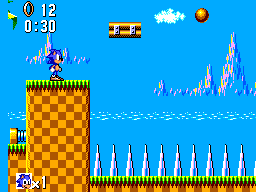 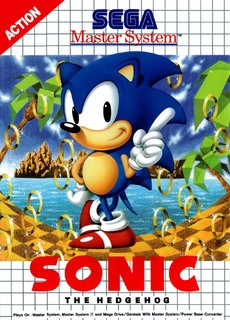 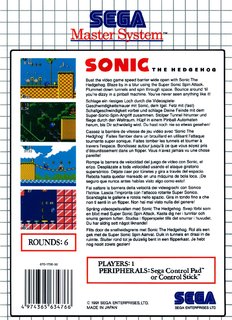 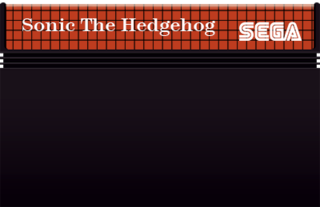 Online emulated version of Sonic the Hedgehog was originally developed for the Sega Master System a third-generation 8-bit home video game console manufactured by Sega. It was originally a remodeled export version of the Sega Mark III, the third iteration of the SG-1000 series of consoles, which was released in Japan in 1985 and featured enhanced graphical capabilities over its predecessors. The Master System launched in North America in 1986, followed by Europe in 1987.
The original Master System models use both cartridges and a credit card-sized format known as Sega Cards. Accessories for the consoles include a light gun and 3D glasses that work with a range of specially designed games. The later Master System II redesign removed the card slot, turning it into a strictly cartridge-only system and is incompatible with the 3D glasses.