Online version of Star Wars (1991) for SEGA Master System. Star Wars is an action platformer based on the 1977 film of the same name, released in 1991 for Famicom/NES console. The game follows a sequence of events close to the storyline of A New Hope, where Luke Skywalker has to pilot a landspeeder around Tatooine, collect R2-D2 from the Sandcrawler, Obi-Wan Kenobi from a cave, and Han Solo from the Mos Eisley bar, while fighting stormtroopers, sand people, and many other different enemy characters from the movies. After assembling all the characters, the player navigates the Millennium Falcon in a first-person perspective through an asteroid field to the Death Star... 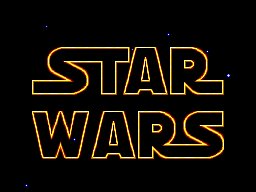 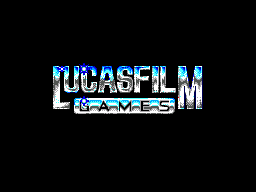 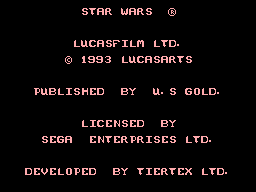 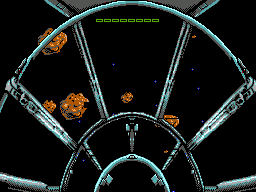 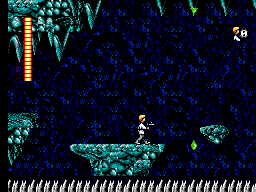 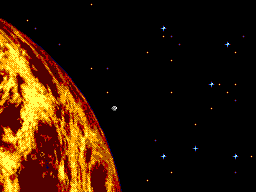 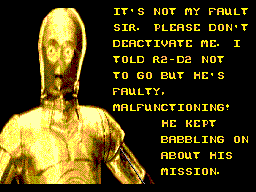 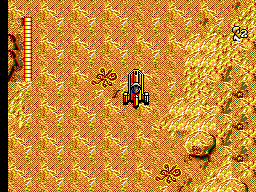 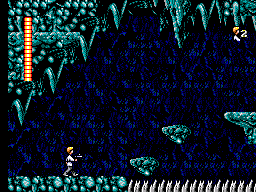 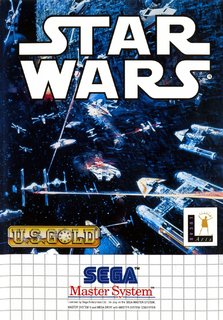 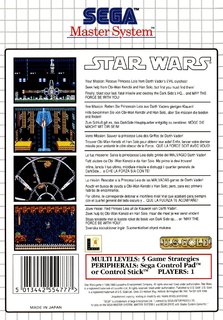 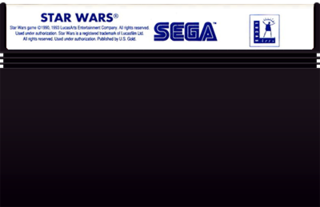 Online emulated version of Star Wars (1991) was originally developed for the Sega Master System a third-generation 8-bit home video game console manufactured by Sega. It was originally a remodeled export version of the Sega Mark III, the third iteration of the SG-1000 series of consoles, which was released in Japan in 1985 and featured enhanced graphical capabilities over its predecessors. The Master System launched in North America in 1986, followed by Europe in 1987.
The original Master System models use both cartridges and a credit card-sized format known as Sega Cards. Accessories for the consoles include a light gun and 3D glasses that work with a range of specially designed games. The later Master System II redesign removed the card slot, turning it into a strictly cartridge-only system and is incompatible with the 3D glasses.