Online version of Frogger for Game Boy Color. Frogger is a 1981 arcade game developed by Konami and originally published by Sega. Frogger was positively received as one of the greatest video games ever made and followed by several clones and sequels. The game found its way into popular culture, including television and music. The object of the game is to direct frogs to their homes one by one by crossing a busy road and navigating a river full of hazards. The game starts with three, five, or seven frogs, depending on the settings used by the operator. Losing them all ends the game. The only player control is the 4 direction joystick used to navigate the frog; each push in a direction causes the frog to hop once in that direction. Frogger is either single-player or two players alternating... 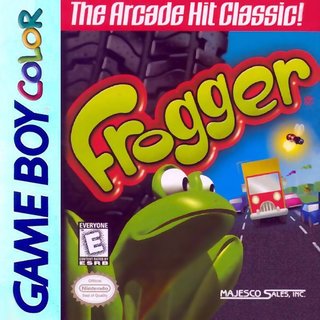 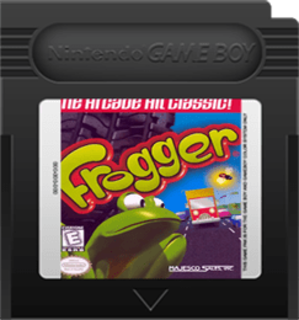 Online emulated version of Frogger was originally developed for Game Boy Color (GBC), an 8-bit handheld game console, manufactured by Nintendo, which was released in Japan on October 21, 1998 and to international markets that November. It is the successor to the original Game Boy and is part of the Game Boy family.
The GBC features a color screen (160x144 px) rather than monochrome, but it is not backlit. It is slightly thicker and taller and features a slightly smaller screen than the Game Boy Pocket, its immediate predecessor in the Game Boy line. As with the original Game Boy, it has a custom 8-bit processor made by Sharp that is considered a hybrid between the Intel 8080 and the Zilog Z80.