Online version of Wonder Boy for SEGA Master System. Wonder Boy (Wandā Bōi) is a 1986 platform game published by Sega and developed by Escape (now known as Westone Bit Entertainment). Originally designed for arcades, it was later ported to the SG-1000, Master System and Game Gear consoles by Sega, and to the ZX Spectrum, Commodore 64 and Amstrad CPC home computers by Activision. The titular Wonder Boy is a tribal caveman-like boy whose girlfriend Tina has been captured by the dark King. The player must guide the Wonder Boy through seven areas, each consisting of four rounds. The boy can arm himself with a stone hatchet, which he can throw at oncoming foes, a skateboard with which he can rush through the levels and temporary protection by an angel which allows him to destroy foes by simply running into them... 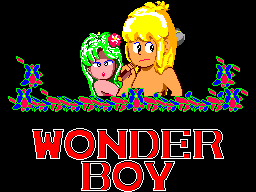 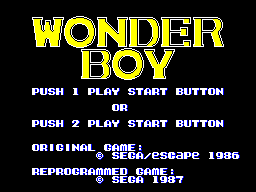 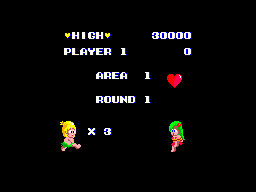 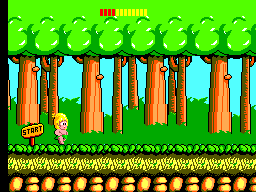 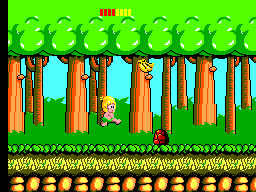 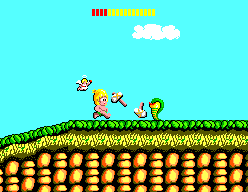 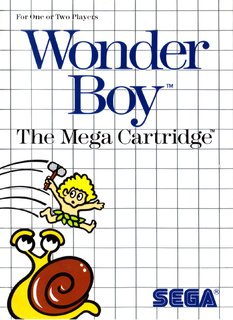 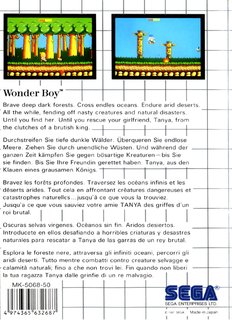 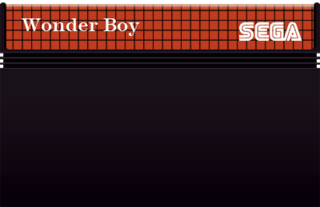 Online emulated version of Wonder Boy was originally developed for the Sega Master System a third-generation 8-bit home video game console manufactured by Sega. It was originally a remodeled export version of the Sega Mark III, the third iteration of the SG-1000 series of consoles, which was released in Japan in 1985 and featured enhanced graphical capabilities over its predecessors. The Master System launched in North America in 1986, followed by Europe in 1987.
The original Master System models use both cartridges and a credit card-sized format known as Sega Cards. Accessories for the consoles include a light gun and 3D glasses that work with a range of specially designed games. The later Master System II redesign removed the card slot, turning it into a strictly cartridge-only system and is incompatible with the 3D glasses.